The flowers of Yorkshire are like the women of Yorkshire. Every stage of their growth has its own beauty. But the last phase is always the most glorious! ​ 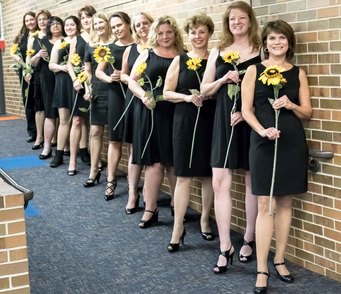 ​Audiences will not only have the opportunity to see a poignant and uplifting comedy but $5.00 from every ticket purchased will go to support the St. Joseph Mercy Brighton Cancer Center.
​

​
When Annie Clarke's husband, John, is diagnosed with leukemia, her close friend, Chris Harper, anxious to purchase a comfortable sofa for the visitors' lounge in the hospital where he was treated hatches a plan. She hits upon the idea of printing an “alternative” calendar featuring some of the members of the Knapely branch of the Women's Institute  engaged in traditional WI activities, such as baking and knitting, in order to raise funds. Her proposal initially is met with great skepticism, but she eventually convinces a few other women to participate in the project with her. The head of the local Women's Institute branch refuses to sanction the calendar, and Chris and Annie go to a national congress of the Women's Institute in London to plead their case. They are told the final decision rests with the local leader, who grudgingly agrees to the calendar's sale. The initial printing quickly sells out, and before long the tiny village is bombarded with members of the international media anxious to report the feel-good story.

Tickets are $14 for adults and $12 for students and seniors when purchased in advance, with an additional $2 per ticket if purchased at the door. Tickets are on sale now and are available through our on-line box office here on the website and at our distributors, Busch's ValuLand in Pinckney and Brighton Tux Shop in Brighton.

Calendar Girls is directed by Lynn Wilde Concannon and produced by Ann Langford and features a talented cast from all over Livingston and Oakland counties. Be sure to mark your calendars and support the Pinckney Players and the St. Joseph Mercy Brighton Cancer Center. This show is perfect for an adult evening with family or friends and is recommended for ages 16+
​
Meet the cast. Each week we will add two cast members. Have fun getting to know our fun characters.
​ 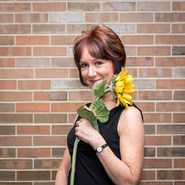 Chris Harper aka Laura Mandernack, grew up in the Village of Knapeley, Yorkshire.   She loved performing and in high school, she had the lead role of Dorothy in The Wizard of Oz.  Her dearest wish was to go to London after school and to become the weather girl at one of the broadcast stations. Planning her mum’s funeral, she became reacquainted with her old schoolmate, Rod Harper, who owned the local flower shop.  A couple of years later, they were married and continue to live in Knapeley. Chris met her best friend, Annie, on a lark.  Goofing around, trying to get all the patrons to sing Jumping Jack Flash at a Chinese restaurant, she practically fell into Annie’s lap.  They became lifelong pals after that shoulder. While Chris’s life may not have turned out as exciting as she might have wished, if she can grab some time in the spotlight every so often, she is happy.

Annie Clarke aka Kathi Aron, met the two most important people in her life on the same day while eating in a Chinese restaurant. It was there she met her soon-to-be best friend, Chris, and the love of her life, John, when Chris fell off the table trying to get the whole restaurant to sing, Jumpin’ Jack Flash. For Chris and Annie, it was the start of the kind of friendship that takes a lifetime to develop. Where Chris goes, Annie follows...partners in crime. As for John, after their first date in the Odeon Cinema, she knew it was love at first sight. Six months later they were married and they are now looking forward to their 30th wedding anniversary next year. Annie convinced Chris to join the WI with her three years ago, after her youngest child got married and moved to London. Even though it is not really Chris’s “cup of tea,” they have both enjoyed this circle of fun and supportive women. 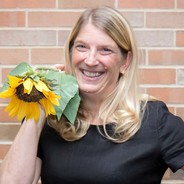 ​Cora Singleton aka Lynn Hoseney, was born and raised in Knapely.  Her father is the vicar of St. Peter’s Church and her mother is the president of the St. Peter’s Ladies’ Group.  Cora led a sheltered life, and walked the straight and narrow until she went away to Leeds University when she was 18.   Cora became a  “free spirit”, and found her two true loves--singing the blues, and her music professor, Noel Robinson.  At age 20, Cora found herself single and pregnant.  She returned home to the St. Peter’s vicarage and three days after her 21st birthday gave birth to her daughter, Ruby.  Cora took a job as the church organist at St. Peter’s in order to support herself and Ruby, who is the center of Cora’s universe.  Two years ago, Ruby left Knapely to go away to university herself.  Cora joined the Knapely WI to fill her time.  For the first time since college, Cora has a circle of friends who care about her without judging her. 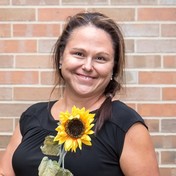 ​Celia aka Amy Goble, joined the WI after she and her husband recently moved to Yorkshire. Celia is also an active member of The Royal Yorkshire Golf Club where she can usually be found with a putter in one hand and a vodka tonic in the other. Celia has always been a bit daring and even once rode topless on a Harley. Although she has lived a charmed life and has the best that money can buy, her relationships with the ladies of the WI have started to shift her perspective on what is important in life. She is beginning to realize that true happiness is not found in WHAT she has in her life, but WHO she has in her life. 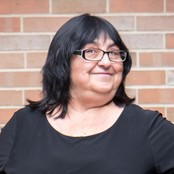 ​Jessica Victoria Raistrick aka Betty Lang, is known as Jessie to her friends and family.  She is a lifelong Knapeley resident and her husband of 40 years, Phillip, is the Yorkshire county magistrate. Her two sons, Edward and Charles, and their wives and children are also Knapeley residents. Jessie has been a teacher in the Knapeley schools for over 40 years and she has grown venomous by so many years of exposure to school children. That being said, she has a sharp tongue but a warm heart. She and Phillip will both be retiring at the end of June and plan to spend more time traveling. Jessie loves to knit in her spare time and her family always seems to enjoy the sweaters, scarves and hats she has made for them.  She is proud to say she has been a member of the Knapeley WI for over 40 years. 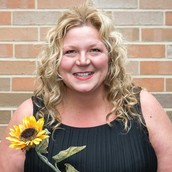 ​Ruth Reynoldson aka Dana Blaskowski, is a dedicated people pleaser. She married her husband, Eddie, when she was fresh out of high school.  They have one son, Eddie Jr., who is soon to graduate from the best university the Reynoldson's can afford. Ruth has spent a great number of years fawning over both of her Eddies but because her husband travels a lot, she has basically raised Eddie Jr. alone. Ruth has been the best sister, neighbor, church goer, WI member and friend she could possibly be. In her spare time she likes to sew, bake, and play badminton with her friend, Marie, although she could probably use a few lessons.
Our beautiful cast:
​CHRIS - Laura Mandernack
ANNIE - Kathi Aron
CORA - Lynn Hoseney
JESSIE - Betty Lang
CELIA - Amy Goble
RUTH - Dana Blaszkowski
EXTRA WI MEMBER - Lyn Summers
MARIE - Ann Langford
JOHN - Karl Bangert
ROD - Thom Shea
LADY CRAVENSHIRE - Mary Lukowski
BRENDA - Claire Timko
ELAINE - Tiffany Cogswell
LAWRENCE - Nick Greene
LIAM - Micah Woods